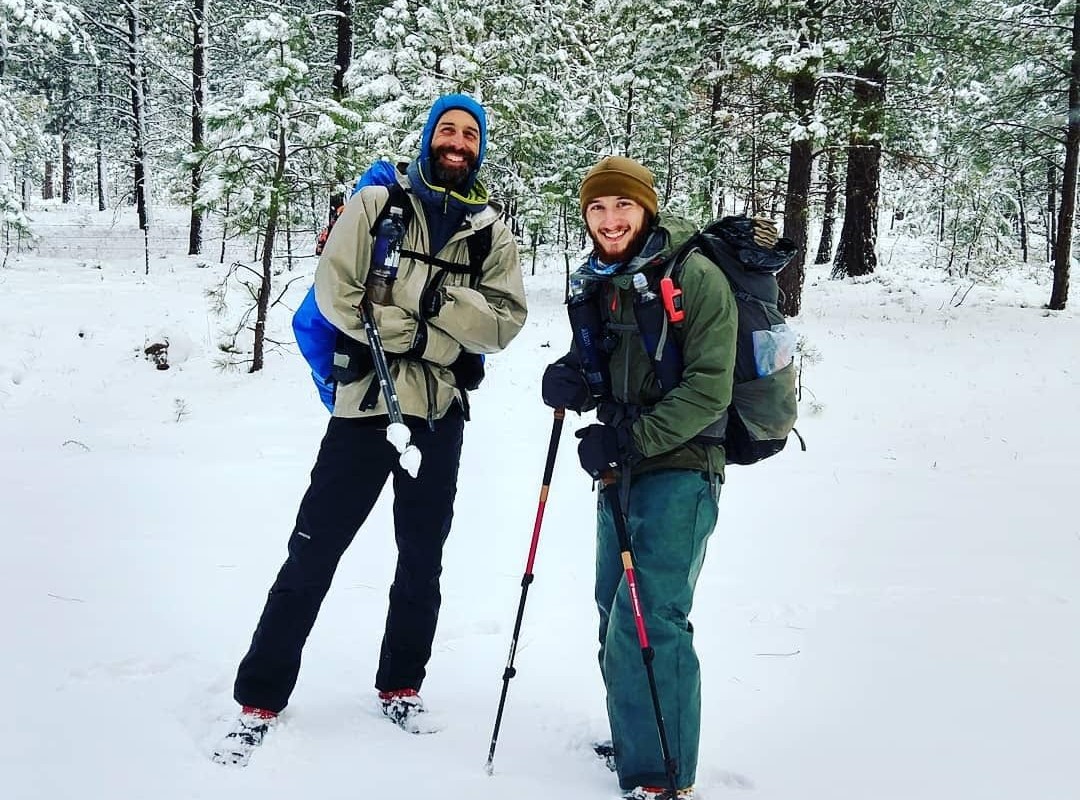 Well, I just so happened to hike the AZT during the wettest October on record! Normally it’s quite dry, but not this season. So as you might imagine, that meant more rain and moisture than usual! Most days were dry, but there were a few rainy days, thunderstorms, and snow events. When I started my hike at the end of September, there was one fire closure I had to contend with (which is probably a much more typical occurrence during a “normal” dry rain year). Once I got south of the Grand Canyon, Hurricane Rita hit – which meant several days of rain and thunderstorms. In my first 30 days on trail, there were 7 or more rain events and 2 snow events. After that, I don’t think I encountered any more rain for the latter 22 days. The 2 “snowstorms” hit at night – the first time there was ~1″ of snow on my tent at 8346 ft and north of Flagstaff, the second time there was 3-4″ of snow on my tent at 7664 ft and south of Mormon Lake.

Temperatures along the trail were generally warm during the day and cool at night, and also very sunshine dependent – your average desert environment. My hike spanned late September through mid-November. Lows at night across the entire trail generally ranged from mid-20’s at night to 50’s at night, and averaged in the 40’s probably. There were a few cooler nights north of the Mogollon Rim (for me around Flagstaff and Mormon Lake) and later in the season (early-mid November) in the mountains (south of Tucson for me). Warmer nights were typical of lower elevations – e.g., in the bottom of the Grand Canyon and the section around the Gila River. Days ranged from 60’s to 80’s for the most part. The warmest temps that I experienced were in the bottom of the Grand Canyon, around Roosevelt Lake, and around the Gila River.

What went well for me with gear and decision making regarding weather: 1) Having rain gear was essential. I had a rain jacket and water resistant (not fully waterproof) rain pants. 2) My silver umbrella was useful both during rain and in the sun (especially when I was out of sunscreen). 3) It was great to have a pair of hiking pants as an additional layer during the snowy days south of Mormon Lake. 4) My 20 degree Feathered Friends bag (in conjunction with my thin down jacket and other warm layers like a Patagonia capilene 4 top, very warm wool socks, hat and gloves) was warm and cozy for 51 out of 52 nights. 5) On very cold nights I made sure to have a handwarmer to put in the bottom of my sleeping bag for warmth. 6) On very cold nights, drinking something warm, eating chocolate, and “battening down the hatches” on my tent (decreasing wind gap between tent and fly) helped keep me warm.

What I would have done different for gear and decision making regarding weather: 1) After ditching my hiking pants in Superior, I kind of wished I had them on a few occasions, but was mostly fine without them. 2) I wish I had been more alert to low and cold camp spots – I wasn’t always hyper vigilant about avoiding such cold spots and as a result was very cold one or two times. 3) I wished I had some handwarmers with me on cold nights in southern Arizona.