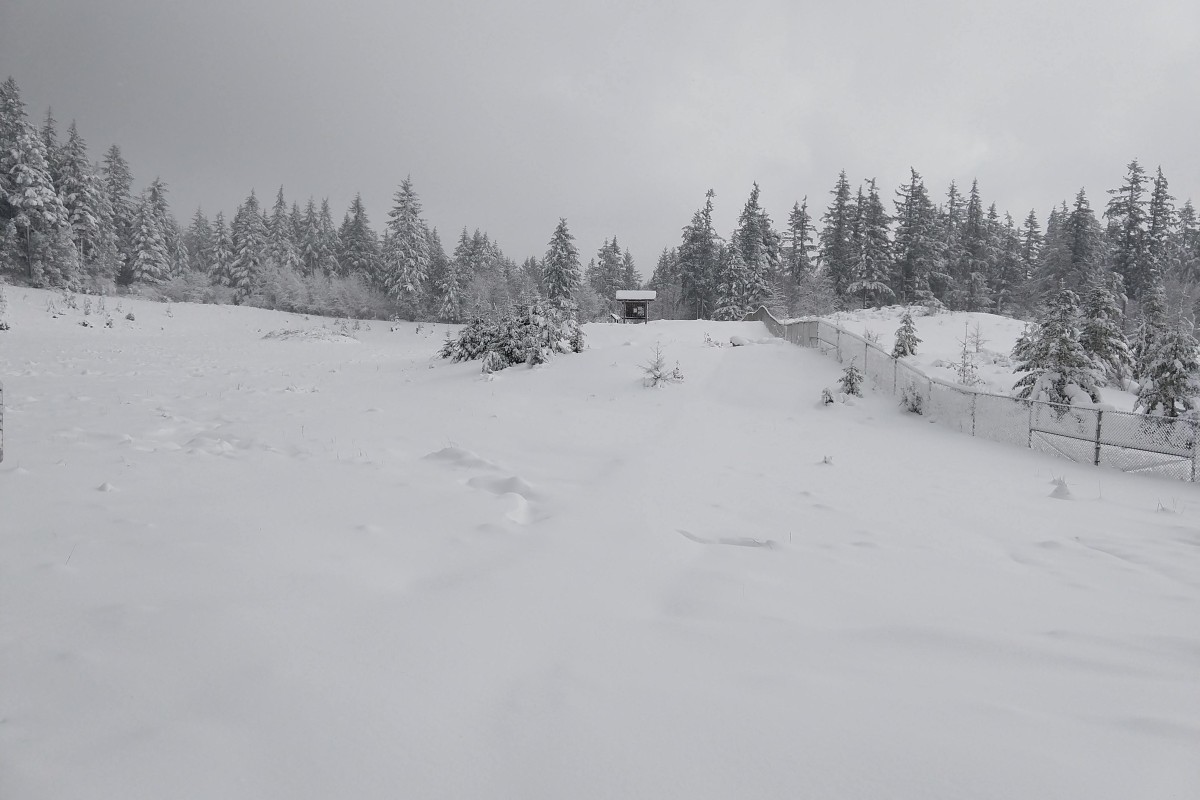 An unprecedented 18″ of snow fell here at home outside Seattle, adding to the pent-up late-winter antsy gotta-do-something-or-I’m-going-to-explode feeling. Flipping through Cascades and Olympic Peninsula hiking guides reminds me that the season for so many trails is limited here. Trails limited to the far-off months of July through October – or August through September, even. And this is February. February! How am I going to make it though this winter?

This winter. These winter blues. Low Vitamin D. Low sunshine. Reading books about hiking and trails and adventure. Living vicariously until I, too, can fulfill this need to walk through the woods. This need to move. To be in nature. Sleep under the stars, move with the strength in my legs, feel the rocks and dirt and roots underfoot, the warm breezes. Be bleached by the sun. Whipped by the wind. To be hungry and thirsty and tired. Open vistas, mountain views. Trail endorphins.

That old thirst for wanderlust. It’s most noticeable in winter when I’m antsy and cooped up. The fact that I’m currently sans job isn’t helping either. Each day I paint a new wall in our home – aghem, dome – and sew a new section of quilt and that keeps me “out of the bars” as grandma Beverly would say.

Growing up in the New Hampshire mountains I feel certain that it was the air flowing between Owl’s Head and Wyatt Hill in Glencliff and the Mount Moosilauke water that infused my bones with a mountain spirit and a lust for the hills. The geology classes in college and earth science degrees kept me fascinated, outside, and in awe of the natural world. My career in environmental consulting was interesting. But eventually the environmental consulting job meant sitting in a cubicle and reading and writing reports. Which hurt my back and drove me mad. I don’t think I’m crazy when I say that people do not belong in chairs under fluorescent lights and in front of screens. I admit, I’m poorly adjusted to our mode of living – to technology and programming and consumerism and cubicles. For me it’s like wearing an itchy, drafty sweater that’s five sizes too big but really tight around the neck and wrists. I mean it just doesn’t fit. Sometimes I wish it did, but it just doesn’t.

My urge to move and create led me from environmental consulting to working as an assistant brewer at a micro-brewery, which didn’t work for a host of reasons, but it did push me in the direction of my pursuit of long-distance hiking – aka, chasing the trail-dragon. Then I set my mind to hiking the PCT. Since then, sales at REI has tangentially connected me to the outdoors, as has making and repairing outdoor gear.

But what makes me feel most whole is not thinking about the outdoors, but actually being immersed in it. The VT Long Trail, northern PCT sections, around the Cascade volcanoes, the Arizona Trail. Wherever it is – moving and falling in the dirt, pounding my feet against the soil and sand – that’s what gets my wilds fix.

So how do I get through this winter of fog and cold and snow and couches? Just when and where can I get outside and on a long trail? An Oregon section of the PCT in June? Originally I’d been hatching a trip scheme for May, but no there will be far too much snow that early. Rethink the plan. Maybe Northern California late May? There’s a chance it could be a place to go slightly early season, but more research is needed… I envision one or two WA PCT sections for a week here and there in July and August – south of Snoqualmie Pass and north of Rainy Pass. Or perhaps the Colorado Trail from July into August if the cards align? The CT is one of the “triple jewel” trails (or small, beautiful trails that originate from each of the “triple crown” trails – the AT, PCT, and CDT. I’ve hiked 2/3 of the “triple jewels” – the Long Trail in VT and the John Muir Trail in CA. So it’s high time to hike the 3rd).  Or maybe a people-filled-overcrowded stretch of the AT…hiking season could be a bit earlier on the East coast. And it might satisfy my lingering homesickness, having grown up in New Hampshire. The crowds may sound annoying, but with lots of people come trail culture and camaraderie, and less loneliness than I experienced on the Arizona Trail this past fall.

So I’ll keep dreaming and scheming. Plodding through the snow. Training for a 12k in April. Trail running. Distracting myself with painting walls and sewing quilts. That’s how I’ll make it through to the sunshine…