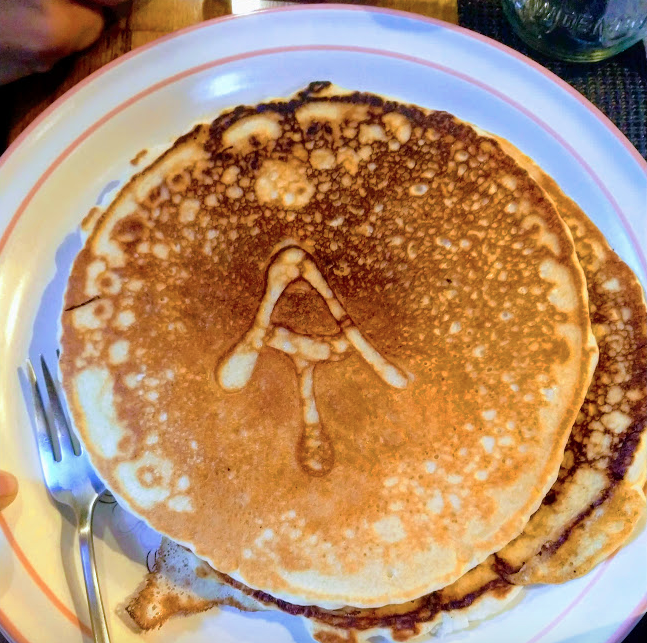 I’ve been off the trail for over 6 months now. It took me a long time to wrap up those last two blog posts and now they’re done! It’s time to not only reflect on my AT section hike from New York to Maine, but also to think about my upcoming treks. These covid times make planning a hike, and life for that matter, largely up in the air and transient. I’m grateful that I’m not sick and that nobody I know has lost their life to this crazy disease. For me the largest impact has been a delayed, possibly cancelled, job which has me paused in Flagstaff AZ and unsure of my next steps. Anyhoo, I digress.

So. The Appalachian Trail. What was my experience like? Am I glad I hiked 500+ miles over the course of a few months? Pros? Cons? Highlights? Lowlights? Trail aspects and idiosyncrasies? Other thoughts and advice? Read on.

First, I’m so happy I hiked on the AT last summer/fall! Sure there were ups and downs physically, emotionally, and more, but there are always going to be highs and lows no matter what you do, your activity, job, hike, relationship, etc. For me hiking and long trail is always worth it. Maybe it’s the endorphins. Or the immersion in nature. The elimination of decision fatigue and simplistic one-goal oriented task at hand. The instant community. Whatever it was, I loved the AT. I’ve been telling friends and family, sure, there were tons of bugs, it was hot and humid and sticky, the views sucked most of the time, but I loved it.

As you can see, the pros outweigh the cons. Thinking about hiking the AT? Do it. Post-pandemic that is.

The highlight for me was the trail community, culture, and camaraderie. When I hopped on the trail at Bear Mountain, New York I had just traveled through distant and impersonal NYC and was so happy to see fellow hikers. I set up my tent amongst the first group I came upon and this posse – Biscuit, Gravy, Tumbledoor, and Ridgerunner – became a group I overlapped with and hiked with on and off. I’d most recently hiked the Arizona Trail, where hikers are few and far between and the presence of others is novel and exciting. My AZT experience really helped me to appreciate sharing trail and camp with other hikers. At first I was so eager to see other hikers and engage in the “where are you going? where have you been? what’s your trail name conversation”. I had that conversation a lot. When I grew weary of it, new hikers became the norm, and saying hello lost its thrill. There were so many other hikers out there. Sometimes I’d see dozens of others every day, other times just the same few. I loved knowing that when it was time to set up my home for the night at a shelter there would be others sharing the same experience. Sometimes around a campfire. Occasionally taking in a sweet view. And sometimes vying for space, tolerating the sounds of college kids, or overhearing YouTube shows – which was less exciting. I got to know a lot of other hikers – people who I might normally never cross paths with, engage in conversation with, or develop friendships with. While I was merely a “section hiker”, I could keep up with the best of them, and I earned the credibility of a thru-hiker. I even joined a tramily (trail-family) dubbed “The Breakfast Club” and became hiking buds with Tales, Sock Ninja, Mountain Laurel, Balto, Blue Jay, and Dare Devil. We shared a few fantastic home-cooked breakfasts at different hostels. I overlapped and got to know a handful of other hikers too – Supervisor, Buttcheeks, Faceplant, Tadpole, Glow Worm, Gummies, Ambassador, Sorchi, and more. The trail bonded me instantly with MK and Jason, my trail angels for a night, who were former AT hikers and hostel caretakers themselves. Sure there was the odd-ball annoying or creepy person here and there, just like real life, but for the most part the people were great. A bonus for me, having grown up and lived in New Hampshire most of my life, is that I also got to hike with, stay with, and hang out with friends and family! I met my friend Krista for beer and food in Massachusetts, sweated through the heat at a Bluegrass festival in Vermont with my friend Renee and her fam, visited my parents, and hiked for a day with my parents and cousin Kristy and her friends.

The lowlights of the AT in New England may be obvious at this point. Hot humid and otherwise shitty weather, biting insects, and lame views. My first night on the trail I draped myself in my super light 45 degree sleeping bag and was sweating bullets. Nights just don’t get cool at low altitudes on the east coast. Days were just as stifling. Chafe – the love child of moisture and friction – became a real thing as my shorts rubbed between my legs, my shirt rubbed my armpits, and even my toes rubbed together. If the air wasn’t being sticky, it might be all-out raining. And then there were bugs. Black flies and mosquitos. Attacking my face, biting my skin, buzzing in my ears. A bug net was essential at times, without which I’d probably have had a mental break. Did the views make up for the misery? No. No they did not. A lot of forest. A lot of flat. No epic alpine vistas to write home about, with a few exceptions in the New Hampshire White Mountains. For days. Weeks. It can be easy to get discouraged without super rewarding views. I must say that despite the shit weather, insects, and relatively “boring” forest, the AT made up for it in people.

Some other trail aspects to comment on: elevation, terrain, water, resupply, trail towns, gear, and navigation.

The elevation is relatively low, compared to western trails like the Pacific Crest Trail, Arizona Trail, and especially Colorado Trail. This makes for relatively warm nights and not having to worry about altitude sickness.

The terrain on the AT, as most folks probably know, is aggressive. Steep climbs and descents over the shortest distance possible, few switchbacks, and plenty of PUDs (pointless ups and downs).

Drinking water is rarely a worry especially compared to a lot of trails (like stretches of the PCT, the Continental Divide Trail, the Hayduke Trail, or the Oregon Desert Trail).

Resupply is easy-peasy. I did the least resupply planning I’ve ever done on a long distance trail and had access to plenty of great, though at times decent, hiking food in the many trail towns I hiked through.

As for trail towns, honestly they were all decent. Not much was super stand-out. There was plenty of town access. Most places had available fresh food and resupply fare. Many of the towns blended together. I do recall that my last stop, the geodesic Human Nature Hostel near Andover Maine, was a gem.

What was navigation like? Super easy. I used the Guthook (now Atlas Guides) navigation app. Between that and the white blazes, finding the trail was a breeze.

My gear on the AT varied relative to other hikes in a few ways: I had a new shelter, different sleeping bag, I switched up my socks, bug protection was critical, different rain gear, and varied sun protection. The shelter I used was the Six Moon Designs Gatewood Cape and Net Tent – a super tiny shelter that was also my rain gear. It’s so light and packable! And not super expensive. And also doubles as my rain gear. But it barely fits me by length (and I’m 5’2″) and is impossible to sit up inside comfortably, so it’s less ideal in settings that lack other shelter-hang-out space. I’m so glad I opted for the net tent at the last minute, without which I would have been literally devoured by mosquitos. I chose to carry my 45 degree bag, instead of my 20 degree, through most of the hike – a better choice in the warm weather, though I would have been fine with just a sleeping bag liner in the warmer sections. I switched my socks from single light or hiking weight Darn Tough wool socks, that I normally wear, to a double layer approach to combat blisters. I wore thin Injinji toe socks topped by thin Smart Wool socks, a great combo when humidity and blisters are a thing. Bug protection is a must! I used a combination of permethrin (pre-treated my clothing), bug spray (on my skin), and a bug net (over my face) to keep those damn buggers away. Rain gear – again, my Gatewood Cape was my rain protection – so while it may have looked super nerdy, it was very light and eliminated the need to carry a separate rain jacket. The poncho was also breathable relative to a confined rain jacket, which for me is essential in warm humid east coast climes. Sun protection: normally on trail – like the PCT and AZT – I carry sunscreen and sometimes even a reflective umbrella. The long-green-tunnel that is the Appalachian Trail eliminated the need for sun protection of any kind along its shady path. Other than switching up these items, the rest of my gear remained the same (same ULA Circuit pack, OPsack and Ursack food storage, titanium MSR cookpot and pocket rocket stove, long handled titanium spoon, Thermarest NeoAir air mattress and SeaToSummit inflatable pillow, phone and Anker backup battery, etc).

If I hiked the AT again, what would I do differently? Well, I think I will hike it again – just different parts of it. Since this was only a 500 mile section hike, I have plenty more trail to hike (about 1,700 miles left!). In time. Probably in sections. I would like to prepare better by being in good shape to start. I wasn’t in bad shape this time around, but not tip top either. Being in better shape makes getting used to the trail a little less miserable, and for less huffing and puffing. I might consider a different shelter, something I can sit up in. I may hike in a skirt (a Purple Rain Adventure skirt) plus compression shorts. I would carry a sleeping bag liner instead of a bag in warm sections. Next time around I will probably do a little more food resupply preparation and send ahead more healthy food like dehydrated fruits and veggies. I’m sure I’ll think of a few other things to change, but these come to mind.

Next trails to hike: I have dreams of hiking the Tahoe Rim Trail, the Colorado Trail, the Uinta Highline Trail, and the Trans-Caucasian Trail. One day. Happy Trails!